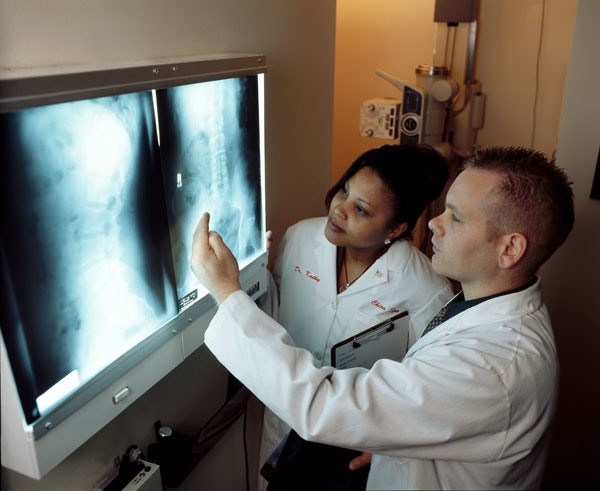 Dr. Tom O’Malley grew up in Grafton and is a 1989 graduate of Grafton High School . He received his Bachelor of Science from Bridgewater State University and earned his Doctor of Chiropractic degree from New York Chiropractic College . He completed his clinical program at the Seneca Falls Chiropractic Center in Seneca Falls , New York in November 2000. He returned to Massachusetts in December 2000 and worked as an associate at New England Chiropractic and Rehabilitation in Worcester , MA . In 2001, he opened O’Malley Family Chiropractic in his hometown of Grafton with his wife, Dr. Kathleen O’Malley.

He has had additional training in chiropractic research, neurological basis of pain, rehabilitation of low back disorders and clinical diagnosis and treatment of spinal disorders.

When away from the office, Dr. Tom enjoys spending time with his family, organizing and playing in basketball leagues, playing the guitar, as well as designing and making furnishings out of steel. He is also is a member of the pit crew for G & G Stockcar racing. His duties include repairing the car and the driver after crashes.

Dr. Kathy is an integrative health and wellness practitioner, combining her training in chiropractic with other holistic healing principles that address emotional and energetic components of wellness.

Dr. Kathy is also certified in the Webster Technique for pregnant women, which has been proven to balance the pelvis in preparation for birth.